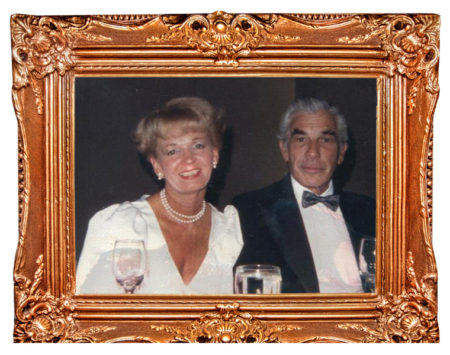 When Christa Louis worked with the Foundation to establish a Donor Advised Fund, she included the provision that at her death, her fund would be converted into a permanent endowment which would benefit seven local Jewish organizations in perpetuity. At that time, JCF staff discussed with Louis the possibility of adding a charitable bequest to her fund to further her charitable legacy, but were not made aware that she had completed formal plans to do so. Louis passed away in March of 2014.

Thirteen months later, Lauren Hoopes received a call from the trustee of Louis’ trust at UMB Bank and learned that the Foundation had been designated the sole remainder beneficiary of Louis’ trust. When fully distributed, Louis’ gift is expected to add more than $8.5 million to the Fund. The generous endowment will provide annual income to: Congregation Beth Shalom’s Mount Carmel Cemetery; Hyman Brand Hebrew Academy; The J; Jewish Family Services; Rabbi Gershon Hadas Guardian Society for Children – Camp and Israel Scholarships; The Temple, Congregation B’nai Jehudah’s Rose Hill Cemetery; and, Village Shalom. “Christa was a very giving person,” says Seymour Krinsky, Louis’ long-time friend and financial advisor. “Though she would not have liked this attention when she was alive, she would be happy that her gift might motivate others to give back to their community.” Louis’ is the second largest endowment gift in Jewish Community Foundation history.