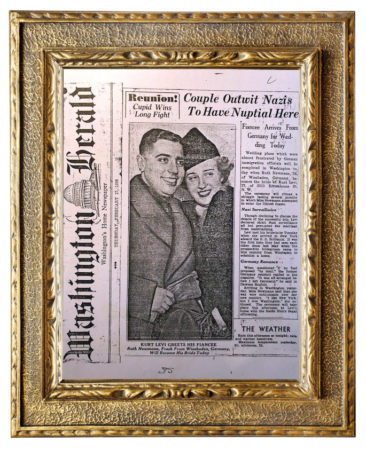 When going through his late father’s apartment, Pete Levi discovered a treasure: a collection of well-preserved letters that told the story of his parents’ courtship. His father, Kurt, had fled to the United States from pre-war Nazi Germany and exchanged “love letters” with his future wife, Ruth, who remained in
Germany. They were married upon her arrival to the U.S. in February, 1938. Recognizing the historical and academic value of these letters, Pete created a restricted fund at the Foundation, enabling him to work with the United States Holocaust Memorial Museum, Kansas University students, and others in translating and preserving the letters and telling their story.